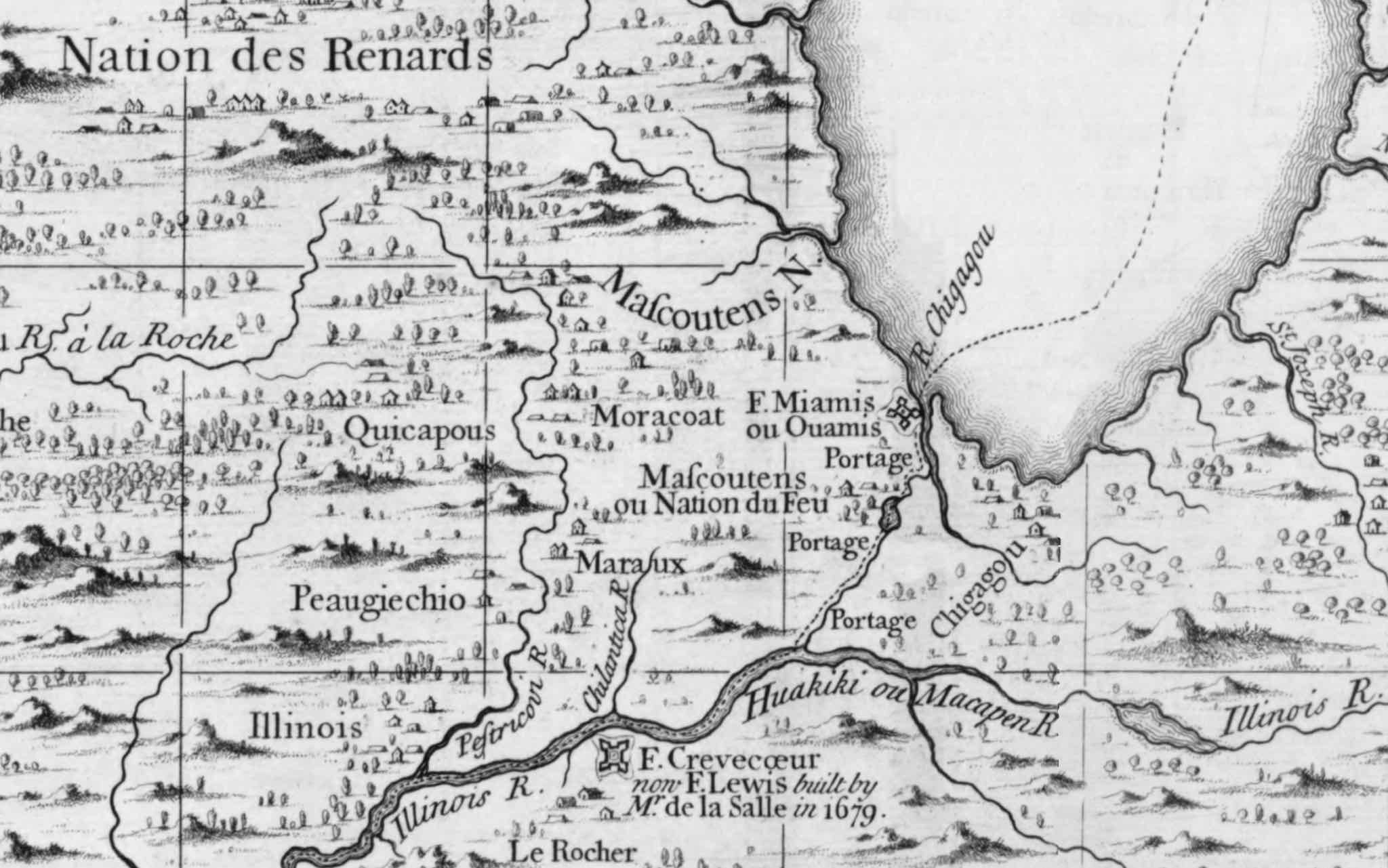 "The name Chicago is first recorded in 1688 in a French document, where it appears as Chigagou, an Algonquian word meaning “onion field.” In explanation of this name, the document states there that wild onion or garlic grew profusely in the area. The name of the field or meadow was first transferred to the river and then was given to the city in 1830."

In Popple's "Map of America", published in 1733, the term Chigagou is mentioned, but clearly referred to the St. Joseph, where Fort Miami was located and an Indian village called Chigagou stood.